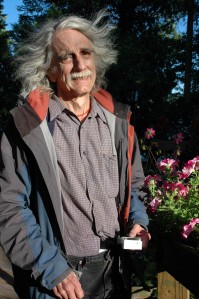 Our featured poet, Julia Bouwsma of Kingfield, Maine State Poet Laureate, reads from her books of poetry. (For the health of us all, please come vaccinated or masked).

Our Evening of Poetry begins with a reading of Hugh Ogden‘s poetry by his family. Then, attenders may read a poem of Hugh’s, tell a story about Hugh, or read one of their own poems. (Guidelines for this open reading here).

Featured poets, writers, storytellers at the Ogden Evening of Poetry: 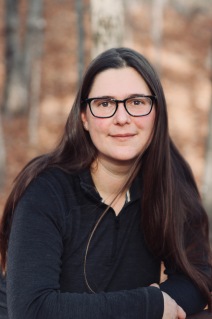 Julia Bouwsma lives off-the-grid in the mountains of western Maine, where she is a poet, homesteader, editor, teacher, small-town librarian, and Maine’s sixth Poet Laureate. Bouwsma is the author of two poetry collections, Midden (Fordham University Press, 2018) and Work by Bloodlight (Cider Press Review, 2017), both of which received the Maine Literary Award for Poetry Book (in 2019 and 2018 respectively). Other honors include the Poet’s Out Loud Prize (2016-17), the Cider Press Review Book Award (2015), and residency fellowships from the Virginia Center for Creative Arts, Vermont Studio Center, Monson Arts (Monson, ME), and Annex Arts (Castine, ME). Bouwsma’s poems and book reviews can be found in Cutthroat, Green Mountains Review, Poetry Daily, Poetry Northwest, RHINO, River Styx, and other journals. She currently serves as the Library Director for Webster Library in Kingfield, ME, and teaches in the Creative Writing department at the University of Maine at Farmington.

2021, 8 August, 6:00 p.m.  Linda Aldrich of Portland and Rangeley will read from her 2021 book, Ballast, (Deerbrook Editions) and from her two earlier collections of poetry–Foothold (2008) and March and Mad Women (2012)–and more.  She currently serves as Portland’s sixth Poet Laureate. Her poems have appeared in numerous journals and anthologies, among them Crazy Woman Creek, Indiana Review, Cimarron Review, Elixir, The Denver Quarterly, Ellipsis, The Florida Review, The Ilanot Review, Poet Lore, Third Coast, Puerto del Sol, Snake Nation Review, The Best of Write Action, Words and Images, Solstice Literary Magazine, and most recently, Balancing Act II: An Anthology of 50 Maine Women, published by Littoral Books.  Linda was awarded a Hewnoaks writing residency in 2017, and her poem “Woman-without-Arms” won the Emily Dickinson Award from Universities West Press.  She also co-hosts with Marcia Brown the monthly reading series “Local Writers” in Cape Elizabeth, now coming into its ninth year. She is a graduate of the University of New Hampshire (English and French), Florida State University (MA Theatre Arts), and Vermont College of Fine Arts (MFA/ Poetry).  She was director of the Young Conservatory and a member of the repertory at the American Conservatory Theatre in San Francisco for ten years and later was Associate Professor of English and Humanities at Aims Community College in Greeley, Colorado.  More recently, she has taught English and writing classes at Keene State College and Southern Maine Community College. Currently, Linda lives in Portland and Rangeley with her husband, David Miller, Director of the Rangeley Lakes Heritage Trust, and their exceptional dog, Simba. For more information about her poetry:  Visit her website. 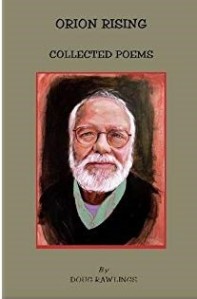 Doug Rawlings’ portrait on his book cover is by Robert Shetterly.

2019, 4 August, 6pm.  Doug Rawlings of Chesterville will read from his two collections of poetry: Orion Rising and A G.I. In America. Doug teaches a course in Peace Studies at the University of Maine at Farmington. A veteran of the Vietnam War, he is co-founder of the organization Veterans for Peace. Using veterans’ poetry, he leads weekly discussions in the Psychiatric Ward of Togus Veterans Administration Hospital. He also teaches Vietnam-related courses for GoldLEAF, the elder college in Farmington; and he has led book discussions for the Maine Humanities Council.

2018, 5 August, 6pm. Margaret “Peggy” Yocom of Rangeley and Farmington, ME. She will read from her new book  ALL KINDS OF FUR: Erasure Poems & New Translation of a Tale from the Brothers Grimm, published by Deerbrook Editions of Cumberland, ME, that offers a new vision of a controversial, little-known version of “Cinderella” that opens with incest. Peggy grew up in the Pennsylvania German farmland listening to her grandparents’ stories. Her poetry has appeared in the Beloit Poetry Journal, the anthology The Folklore Muse: Poetry, Fiction, and Other Reflections by Folklorists, and elsewhere. She founded the Folklore Studies Program of George Mason University where she taught for 36 years; among her many courses, she offered “Living Words: Folklore and Creative Writing.” She has published on the Brothers Grimm, on the folk arts of political protest, on Inuit storytelling in northwest Alaska, on family folklore, and on the folk arts of Maine logging communities, especially the Richard family of Rangeley. She has worked on exhibits, films, and other projects of the Maine Folklife Center at the University of Maine, Orono; the Vermont Folklife Center; and more. From 1975 to 2014, she served as volunteer curator at the Rangeley Lakes Region Logging Museum. Co-founder of the American Folklore Society’s Creative Writing and Storytelling Section, she holds a Ph.D. in English and folklore from the University of Massachusetts at Amherst. In 2013, the American Folklore Society awarded her the Kenneth Goldstein Award for Lifetime Academic Leadership. A founding member of Western Maine Storytelling, she tells legendary tales of the seen—and the unseen.

2017, 6 August, 6pm. Sidney Wade of Rangeley, ME, and Gainesville, FL. She is the author of five volumes of poetry, including Stroke, Empty Sleeves, and, most recently, Straits & Narrows. Her sixth book of poetry, Bird Book, forthcoming in September 2017, has received rave reviews. Her publisher, Atelier26, describes Bird Book as “a universal song of praise to the mysteries and intricacies of the animal world that surrounds us, and a wide-awake hymn, by a master lyricist, to the delights and surprises of our common language.” Poet Randall Mann describes Sidney as “both the supreme heir to Wallace Stevens and one of the most original poets in our language.” Sidney received a Ph.D. in English from the University of Houston, and has served as president of the Association of Writers & Writing Programs. A Fulbright scholar and translator of Turkish poetry, she is professor emerita at the University of Florida. A summer and winter resident of Rangeley since 1963, she also writes of the people and places of western Maine. To read her poetry, visit http://www.sidneywade.com 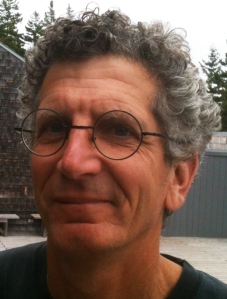 2016, 7 August, 6pm. Stuart Kestenbaum of Deer Isle, Maine Poet Laureate, is the author of four volumes of poetry, the latest Only Now (2014, Deerbrook Editions). The director of Haystack Mountain School of Crafts from 1988 to 2015, he has also authored non-fiction books, such as The View From Here: Craft, Community, and the Creative Process. Stuart’s love of Maine—its people, its arts, and its ways of life—shines in the titles of his poems: “Starting the Subaru at Five Below,” “In Praise of Hands,” “Prayer in the Strip Mall, Bangor, Maine.” Many writers praise his work: Dana Wilde describes Kestenbaum’s newest poems as “accessible sentences” that aim toward “friendly, practical exhortations to live in and appreciate the beautiful dawning moment of now.” Read several of Stuart Kestenbaum’s poems here, from the Writers’ Almanac website

2015, 2 August, 6pm. Carolyn Locke of Troy, Maine. Carolyn is the author of two poetry collections—Always This Falling (2010) and The Place We Become (Maine Authors Publishing, 2015)—as well as Not One Thing: Following Matsuo Basho’s Narrow Road to the Interior (2013). A graduate of Bates College and the MFA in Creative Writing Program at Goddard College, she taught English, creative writing, and humanities classes at Mount View High School for many years. She has received several Fulbright teacher travel grants to Japan, China, and Morocco. She has published poems in a variety of publications, including Puckerbrush Review, Off the Coast, Bangor Daily News, and Kyoto Journal. Carolyn’s poems feature Maine’s people and places, and they also take her readers on travels to Africa and Asia. Former Maine Poet Laureate Betsy Scholl praises Carolyn’s poems, for within them “transformation can occur through travel” and “deep attention” is paid to the “sacredness of the natural world.” 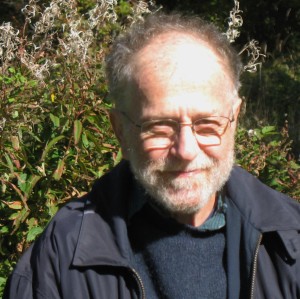 2013. 4 August. Ron Singer of Weld and New York City. A native and resident of New York City, Ron and his family have summered in Maine since 1969. For the last 14 years, an old farmhouse he rents in Weld with his wife, artist Elizabeth Yamin, has provided Ron with the quiet that enables him to write his most satisfying work. A Peace Corps volunteer in Nigeria, he holds a Ph.D. in English from the University of Chicago. Although he taught in Chicago and Hawaii, he spent most of his working life as an English teacher at Friends Seminary, New York City. For the last decade or so, he has also been a volunteer at Street Squash, an after-school sports and tutoring program in Harlem. Along with over 100 poems, a memoir, and three novellas, Ron has published two novels, one of which is a serial thriller, currently running on-line. He has two books forthcoming in 2013: Uhuru Revisted presents the lives of African pro-democracy activists who Ron interviewed during three extended trips to six African nations during 2010 to 2011. In Look to Mountains, Look to Sea (River Otter Press), Ron Singer offers poems from the coast and from the western mountains of Maine. Read his website.

2011. Sidney Wade, Rangeley, and Gainesville, Florida, reading from her most recent book Stroke (2008) and more. Read press release about her here.

2008. Ken Nye, (1942-2012) formerly of Freeport. Reading from From the Heart: Poetic Reflections on Growing Old in Maine (2007) and more. Read about Ken in his Portland Press Herald obituary here.

Cynthia Munro Pyle’s tribute to Hugh Ogden. “The Poet’s Corner” column in The Daily Bulldog, our great alternative newspaper of western Maine. A poem of his, a poem of hers.

This site uses Akismet to reduce spam. Learn how your comment data is processed.